I haven't written about it much lately, but I ski in big mountain competitions. I haven't done one in two years but I'm pretty set on the Crystal FWQ 4* this March. I had a scary fall at the last competition I entered (maybe the reason it's been a while), however it did offer a moment of glory before that fall. The glory that can come out of Big Mountain competitions brought me to write this post. The first thing I saw on Facebook when I got home from work tonight was Sam Smoothy's run in the Andorra Freeride World Tour yesterday. It was simply amazing, he dove into one of the hairiest lines I've ever seen, in our out of competition. He won that day, though only with a score of 91.25.

A few years ago the judging format in big mountain contests was largely changed. Due to the increasing popularity of freestyle moves, the format changed from style, fluidity, etc all being added or subtracted from the line score, intto the line, style, aggression, etc all being separate categories. I strongly believe a 91.25 is a poor score for the run I saw.  Despite this, it may have been as good as possible with the modern format.

Although on a lesser level of competition I once scored a 96.0 with the modern judging format, because my line wasn't my strongest component. I was consistent in all the categories. For me that worked out but now I'm witnessing the greatest big mountain line of all time getting a low 90's and for the first time I'm questioning the new format.

I haven't decided that it's bad, but it's negative aspects are definitely now apparent.

Regardless, Sam Smoothy laid it down and is on my radar. The level of confidence he has in his own skill here is unparallelled.

-Kudos man I hope I meet you someday.

Winner Run of Smoothy Sam (NZL) - Swatch... by FreerideWorldTourTV
Posted by Jacob at 7:45 PM No comments:

In high school I didn't care for cars. To get around every day I would ride my bike. In a densely populated city like Vancouver cars don't offer a lot of convenience. Because I was passionate about biking, I could get to school in less time than it would take to drive. If I had driven a car with the same style I rode my bike each day, I'd probably be in jail. But as much as bicycles provide freedom, I came to realize cars offered freedom like no other technology does.

Somewhere between youtube, episodes of top gear, and learning stick in my moms hatchback, I started to lust for a car. At age 20 I bought a red Acura Integra, not the best car for a skier, but very fun to drive. I had that car for two years, and it offered some great experiences. In retrospect a Subraru may have been a better choice but I won't dwell there. I all over BC and back, got pretty close to the cars top speed, and almost completely wasted the handbrake drifting in the snow. 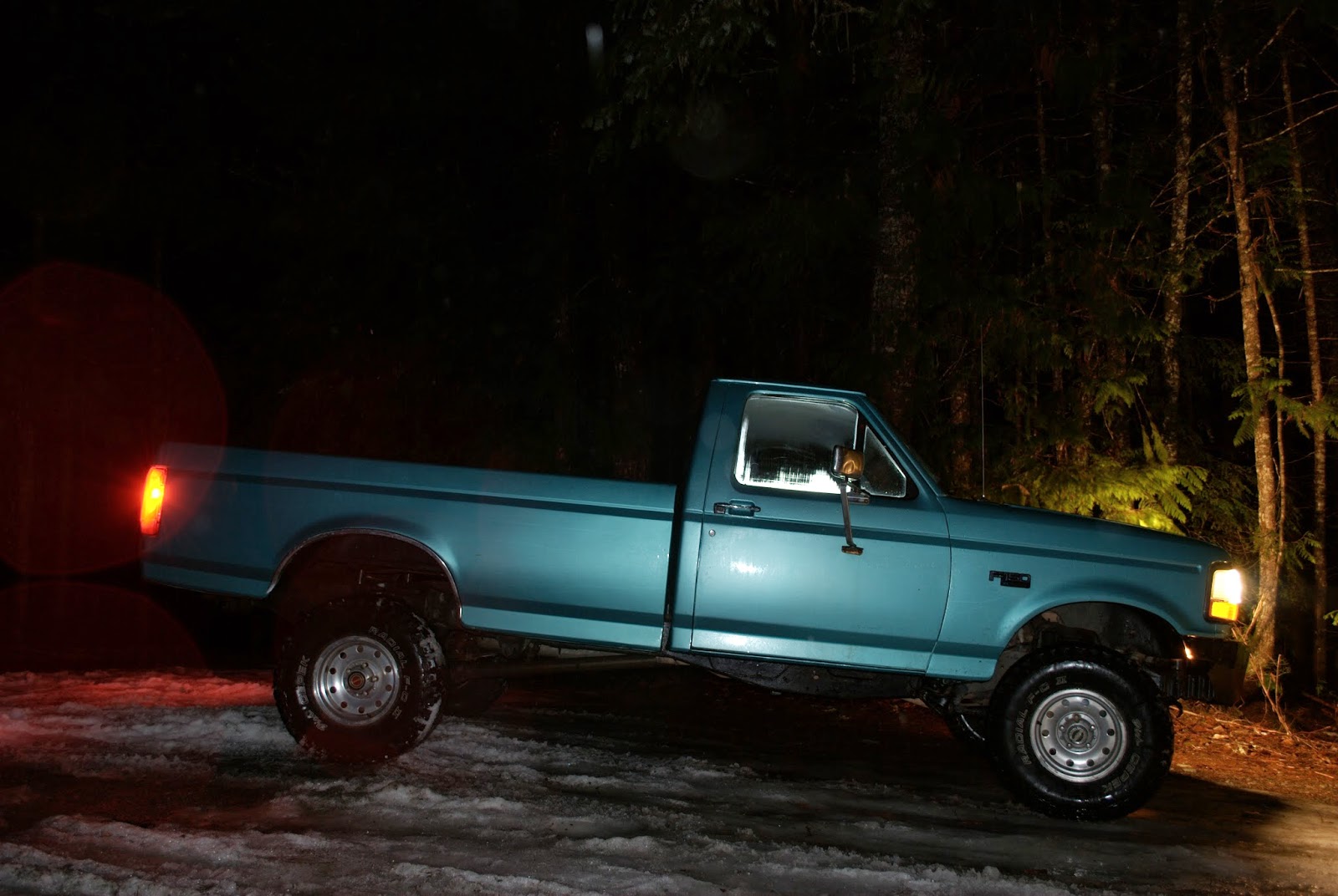 *disclaimer - personal automobiles are not only largely responsible for climate change, but also a money pit and a large source of stress for any owner.
Posted by Jacob at 11:11 AM No comments:

A while ago I thought of the idea of doing a POV day in the life video. It's the POV part I have a problem with. Putting an ugly go pro mount on my helmet deters me from making the commitment. I also carry some odd grudge against POV edits, maybe because I want to be filmed so bad. Regardless, that edit is something I'll be trying eventually this season.

Instead, why not write about a day in the life? especially when I've taken the photographs already. Our day in the life starts at 9 AM Wednesday February 4th. It then starts again at 10 AM because I wanted to sleep more. Tired from closing the bar at 1 AM the night before, I cook my typical breakfast while tuning in and out  of Bill Burrs Monday Morning Podcast. I'm a sucker for routine, and as a result my daily breakfast varies little: 2 strips of bacon, 2 eggs, a big handful of spinach, ever-changing salsas, and two slices of whole wheat make a healthy and satisfying sandwich. I wash it down with a glass of OJ and some french press coffee and I'm ready to go.... to the washroom. Then that I take my skis and walk to the truck.

If there's any fresh snow I usually get a little sideways on the drive to the hill for fun. My plan for the day was to rock solo and explore the alpine stashes. It hadn't snowed in a few days but the mountain was empty, not a bad thing when you're alone. Crowds make me angry for no reason, but when I'm with a crew the time I'm wasting waiting isn't as noticeable. Highlights of the ski day include a classic washout bail trying to straight line the tight entrance to Cirque, redemption the next run, a few fresh lines, and a chicken chickpea rice bowl.

I've been finishing up with a cold (don't know why I procrastinated) so there's not much to write about from that night.  The evening consisted of a stretching session and some pasta that I feel guilty about because it sucked.

The last few days have been exciting. Whistlers snowpack constantly provided surprises. With 20 light cm's on top of blue ice, every turn is a gamble. On and off the hill I've had unexpected experiences.

There's a blind jump I hit everyday off of the top of Red Chair. It's in the trees and you can't see the landing until you're well into the air. I mindlessly aired it only to realize an instructor had taken his kids directly under it and I was jumping half his class. After some explaining and apologizing the instructor and me were both more weary. His class of little girls was really stoked.

Then, that night I took up a random doorman shift at the bar where I work. It's not a position I usually do, but they needed someone and I didn't have anything planned. The night went smoothly until the very end when I had to physically break apart a fight between two middle aged brothers. Talk about 0-100. Buddy didn't even thank me for breaking a headlock off of him.

Anyways, two interesting moments in one day. I also ripped the heel piece out of my ski today. That's not really interesting though, just a pain in the ass.