These last few weeks have been good however, in a sense, uneventful. After a week of non stop snow where most of what a threw down was big drops and tricks, we got a straight week on sun where I found new lines everyday, mostly exposed, steep stuff that hasn't had adequate coverage or visibility. The steeps around peak chair have been a new proving grounds for me these last couple days. Maybe it's the sun shining on all these slopes, maybe it's a new personal perspective, but I've been finding new lines and variations of lines that have evaded me all year.


It looks like it's gonna be cloudy and snowy this week. Unless it gets deep by tomorrow I'm probably going to try to get my park legs back. I've been in the park only a few of times this year. A side of me is doubtful about going back in the park when my skill set is so far behind compared to those skiing park all year. The other side of me is really excited about the massive creative palette that park skiing provides, like the huge potential in the variety of tricks and styles.

Also, big ups to Dylan Siggers to landed a podium at a FWT in Montana a couple days ago. Seeing people you've ridden with up in a world class event is really inspiring. The tour is definitely in my sights for next year.
Posted by Jacob at 3:19 PM No comments:

Just finished up at Lake Louise for the Big Mountain Challenge this weekend. I stayed with the UBC freeride team. There's a good little crew here and that's not mentioning everyone else on the mountain. The first day I checked my twitter feed and immediately noticed a bunch of people I knew were shredding at Louise. I've some some shots and further thoughts I want to post when I'm back in Whistler. All in all it was a good weekend. 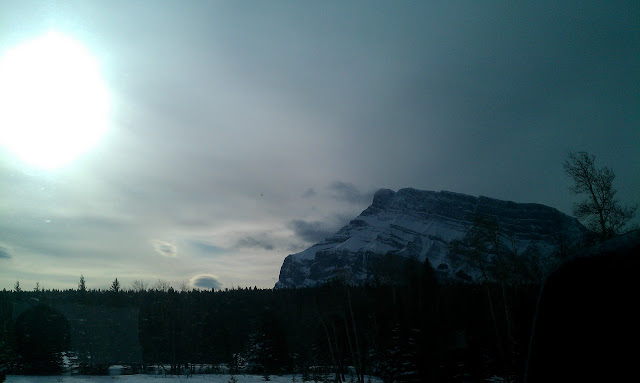 These mountains are beautiful too.

photos from my phone
Posted by Jacob at 1:03 PM No comments: 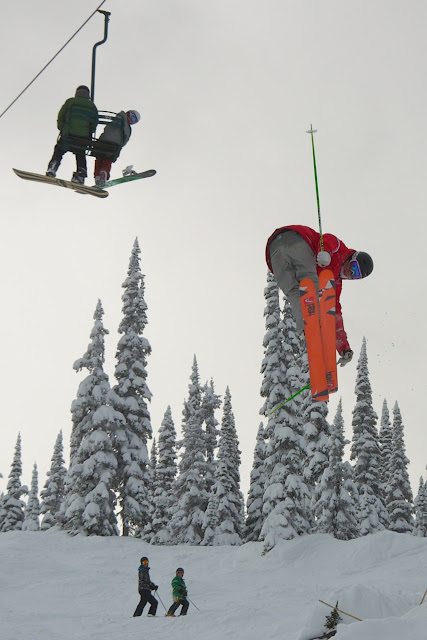 While we were in Whitewater my dad and I met up with family friends Jack and Louise Christie. Jack is an outdoor writer for several publications including the Georgia Straight. Louise and Jack were in Whitewater to document the Coldsmoke Festival. On Sunday we caught up and skied a couple of runs together and Louise grabbed some photos. Their article will appear in the Georgia Straight next year as a promotion for the festival. The photos really capture the skiing conditions we had, deep playful Kootenay pow.